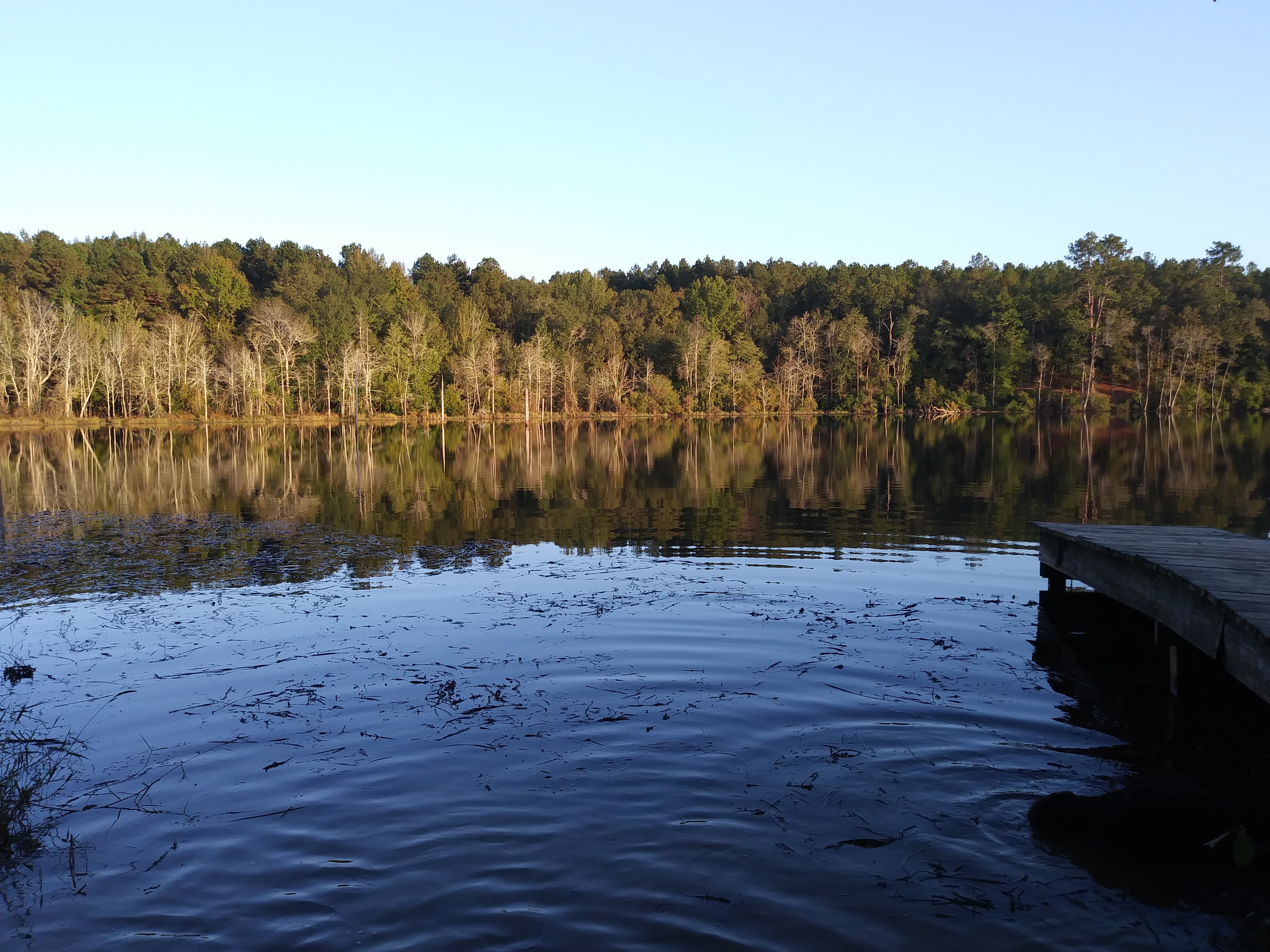 On the Road – Part One

I’m finally settled in one place long enough to get an update in, with chores and errands and repairs done.

I’ll catch you up on the day we left Georgia, and the travel and driving and the places we’ve seen since then. I decided to break it up into sections as one post on the whole thing was not only making me feel very overwhelmed, I think it would have been too much writing in one go.

An unseasonably warm and humid October in Georgia had us parking Irma (as named after the Hurricane of epic proportions that we went to fetch her during, and the subsequent heartache and financial craziness she had us going through after that) outside our home on post during the day, and taking her back to the temporary storage at night. The first couple of days we ripped out, tore down, extracted, unscrewed, unbolted, removed and replaced a whole BUNCH of things from Irma’s interior and exterior.

The extra swivel chair by the door got removed; to be replaced with Odin and Gina’s favourite round, soft bed – Azzie sleeps just about anywhere, and we felt Odin would probably sleep on our bed most of the time anyway, but he does love that bed. (It has seen a lot of use since we started travelling, so we know it was a good decision to keep it)

The old microwave (“It totally works!” said the RV dealership… sure it does… but the door doesn’t open… so what’s the point, you conniving arsehats?) was removed, along with the various venting and stabilising bits. We would look for a replacement microwave at some point but could live without it at that point.

The built-in coffee maker was removed. RV dealer swore it worked, but by that stage, we believed nothing they had promised, and we didn’t need it anyway as the husband is a coffee purist and doesn’t drink “filter” coffee.

We also removed the hideous, frilly curtains and sidings, and the dangerous (for clumsy people such as myself) hooks and metal tie-backs. I created simple, black-out curtains from our old curtains from Germany, made ribbon tie-ups and velcro fastenings for easy cleaning and removal. It looked quite nice and pretty much matched the rest of the interior (pale blues, beige, and pinks – sounds worse than it is) and matched our aesthetic, so we were happy with them. Plus, they didn’t cost much to make; just some velcro, some hemming tape, and some ribbon. I only had time to replace the bedroom curtains at that stage – the long side windows came next, in New Mexico.

We went through all our clothes, our gear, the dogs’ gear, our kitchen, and bathroom stuff, and downsized dramatically. The rest got taken away by the military movers and put into storage for 3 months until we could get a storage place at our “end point’ of Oregon; donated what wasn’t going into storage. We tried to sell some larger items (the dining room table, mountain bike, etc) but I was a bit late putting up the adverts, unfortunately, so those items got packed up with the storage stuff.

We only got Irma back from the RV repair place in Augusta, in mid-October; because everything that the RV dealership said was working, wasn’t; plus there were so many OTHER issues that we had to get it all fixed to make her livable and up for long distance travel with us.

While Irma was being restored and repaired (which cost a hell of a lot of money) we got a small stash of “South African goodies” from the South African Store in Atlanta; we had a few final hikes in the forests as best we could with Azzie recovering from her ACL tear and getting used to her brace; we spent a lovely weekend early morning at a beautiful pond with our friend and her dogs. We had coffee with friends and a small farewell dinner with only a select chosen few of people that TJ knew from work. The few friends that I had made had left Georgia already, so it was just a gathering for him, really.

We basically spent the last few weeks of being in Georgia, trying to enjoy Georgia. It was warm, humid, and there were still loads of bugs and mozzies – very odd for that time of year – but we made the best of it.

The items we ordered from Amazon, to make our travels in the RV easier, started arriving so we had the fun of unpacking those and waiting for Irma to arrive to pack those away. We also tried out a few meals in the Instant Pot and we LOVED it! So quick and easy and the meat was tender and falling apart, no matter the type or whether it had been frozen or not.

Our housing final inspection day arrived and we were all sorted – house was spotless and Irma was packed in a flat parking lot just down the road so we could start the fridge up (we got so many warnings about operating the fridge on a flat surface that we took it very seriously) and get it cold enough to put our few items from the fridge and freezer in it. The fridge was one of the things fixed by the Augusta RV place, so we at least knew THAT worked.

The generator ran well, kept the AC nice and cool.

The dogs and I walked from the house to the RV; a final walk on the post and in Georgia.

It was bittersweet – I will miss the forests and trails and lakes and ponds, but I won’t miss the bugs and mozzies and humidity.

I let the dogs sniff and piddle wherever they wanted on the way to Irma and we climbed in and waited for husband to get done with the inspector at the house.

Around 13:30 he came back with the Jeep and we had a small, simple lunch and then we hitched up the Jeep for the first time (it was a learning experience, but we’d watched many videos so we had a good idea what to do) checked each other’s work and then got On The Road for real.

Odin was terrified of the movement and the generator noise, but he found his “safe place” in the passenger side footwell with me. He slept there for that first trip and has done so for all trips after that one.

The girls got up onto the folded down beds – we put both of them down for extra space and Gina liked the couch and Azzie liked the dinette bed. So we were all comfy and happy.

We waved a sad goodbye to Fort Gordon.

As Augusta, and Georgia, slowly slipped by, we remembered our time there; but we also looked ahead with nervous anticipation to the next chapter in our journey!